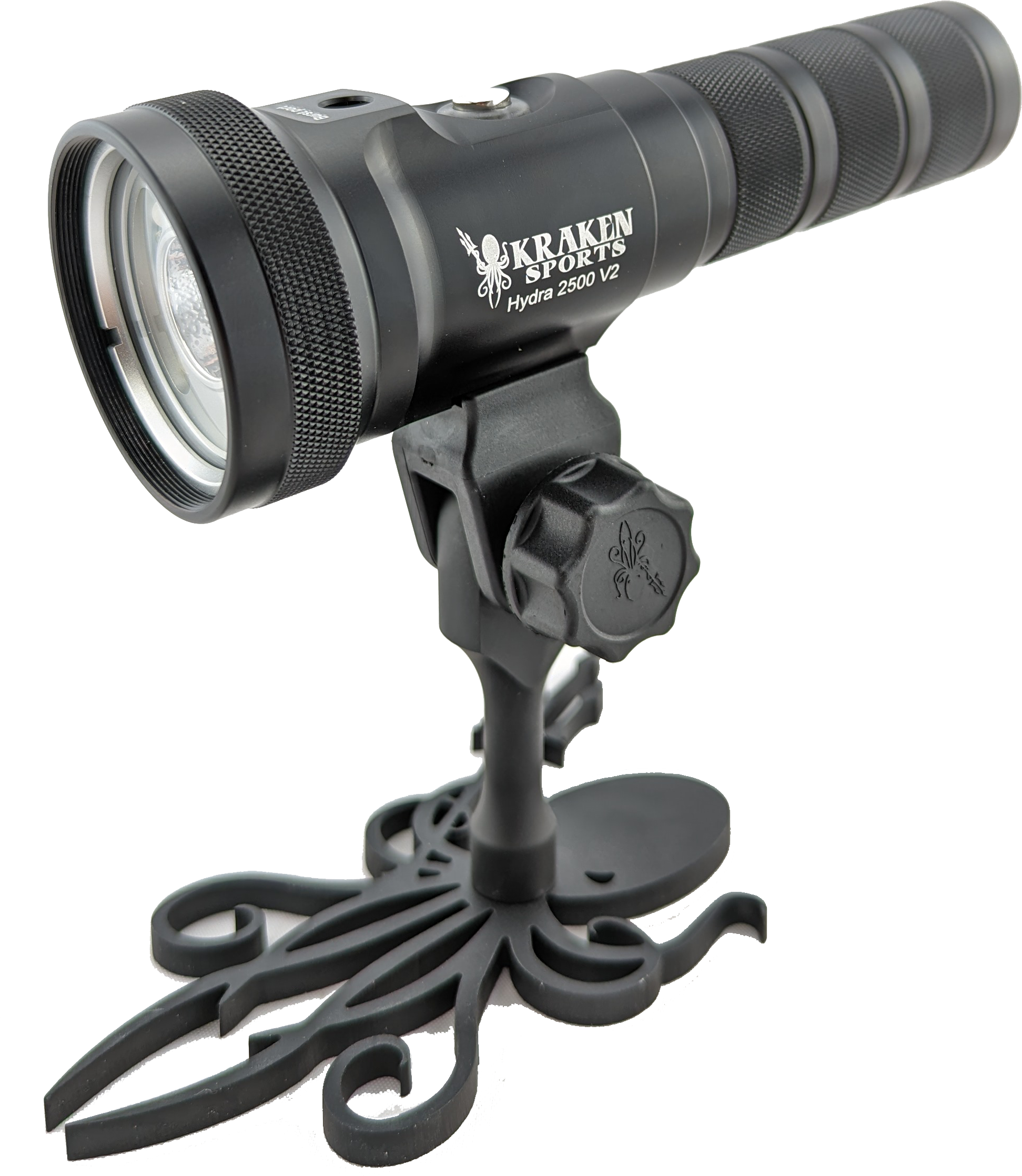 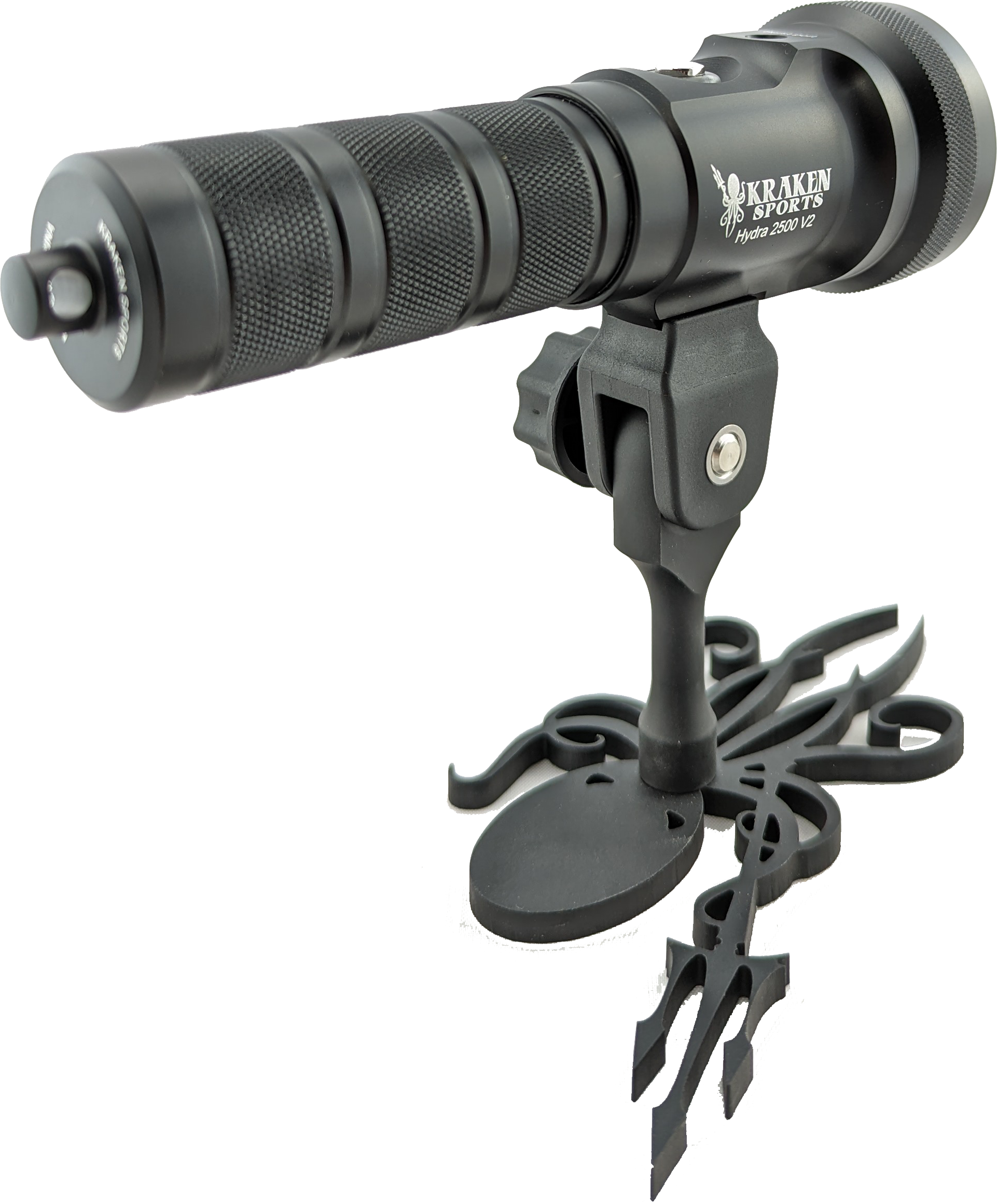 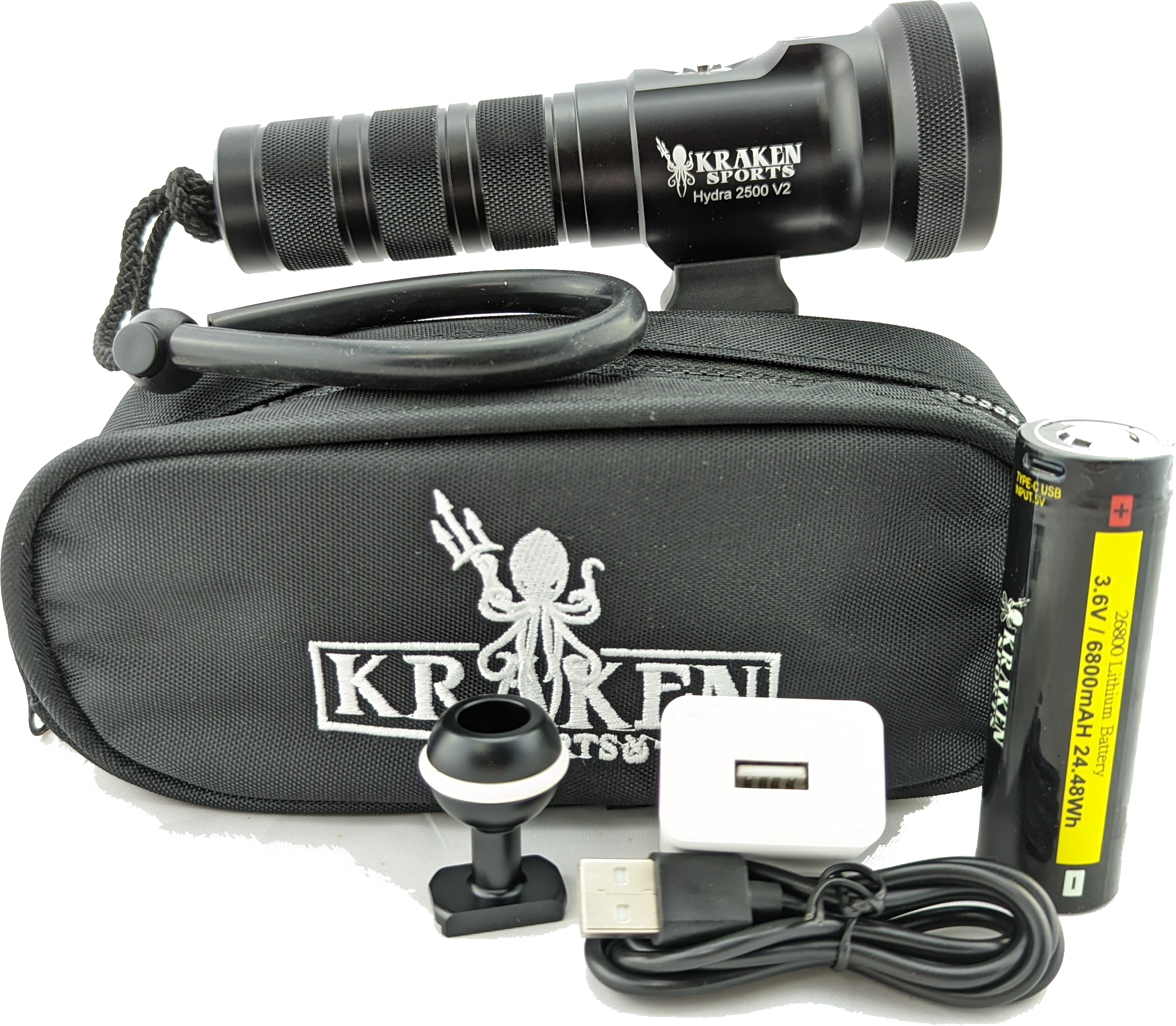 The next edition of the Hydra 2500. This light utilizes a single cell battery so the light is significantly smaller now. We’ve incorporated RGB led’s in to this light so for the creative lighting shooter this is a very hand COMPACT tool. Powered by a single 26800 battery, with built in USB C charger. No extra cradles to carry simply plug your USB C cable directly in to the battery. This makes it extremely easily to switch out batteries if required on back to back dives. 1500 lumen spot beam built in makes for a great night diving light for the standard diver that may want to shoot some GoPro footage with the flood beam, but switch back to the spot beam for a regular dive torch. Included ball, and ys mounts mean you can easily attach this to most any tray available on the market (and of course ours too) without needing to purchase any additional mounts. We’ve also managed to include an auto flash off feature in the light too making it the ideal focus light! With all of these features packed in to such a small package we think this will be a light that will perfect for many different divers! This light will even work with our GL01 Goodman glove, just screw it on and hop in the water!