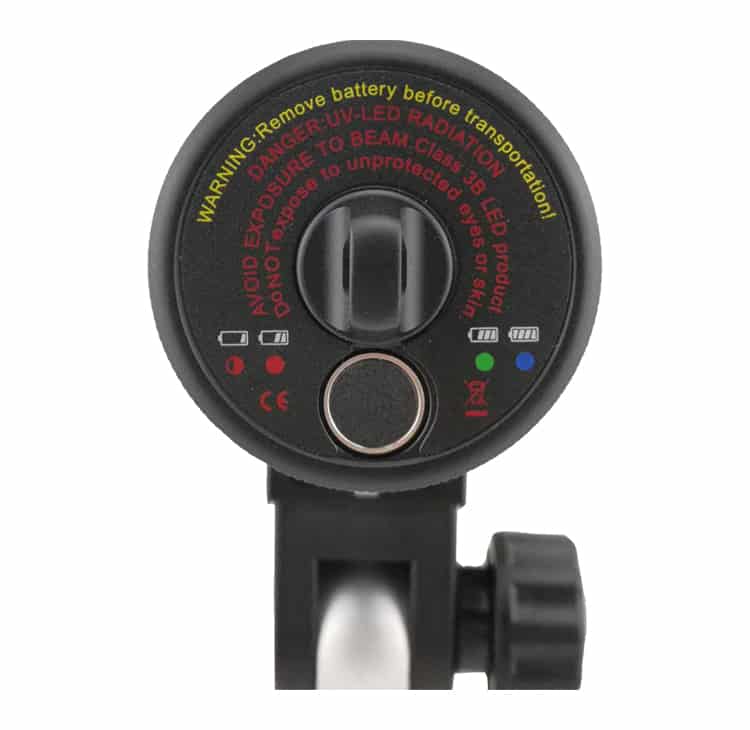 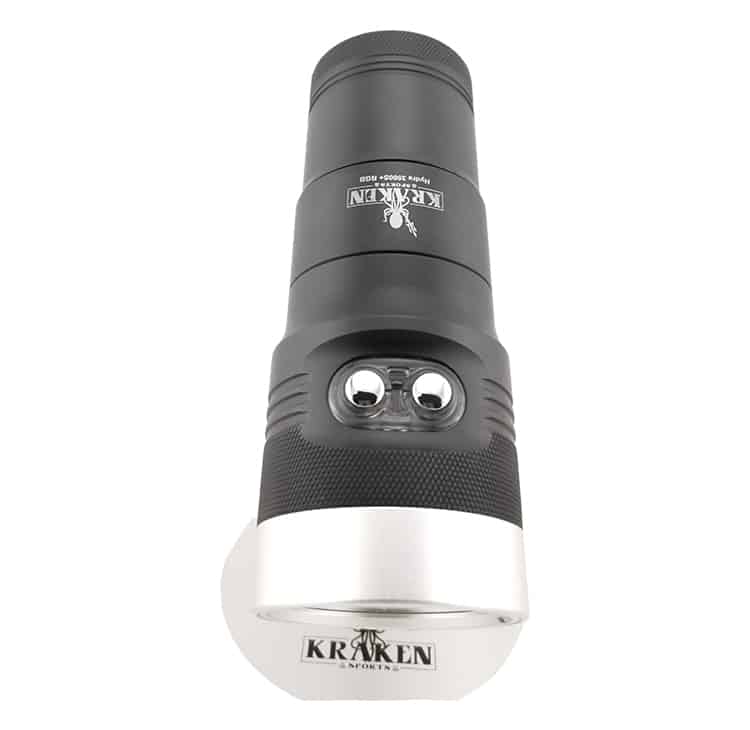 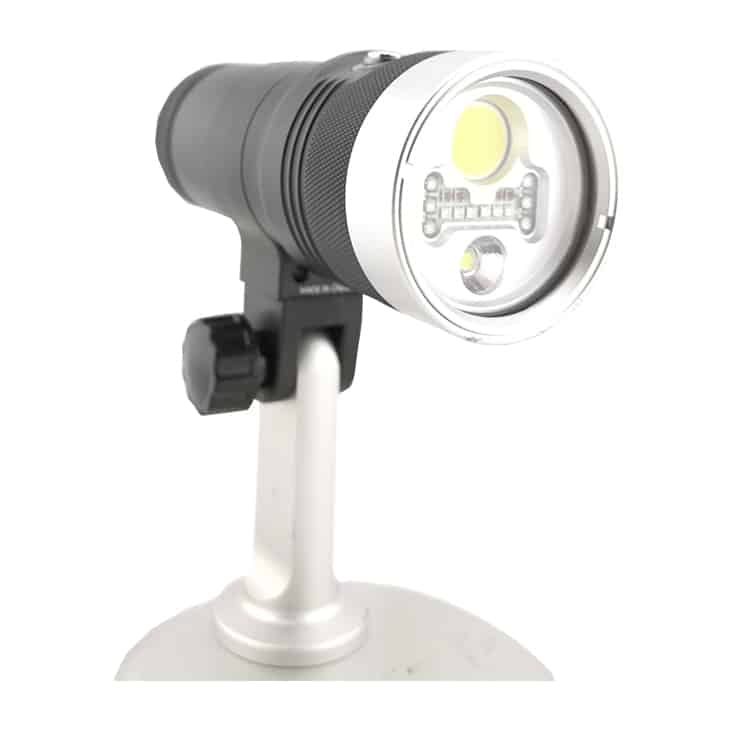 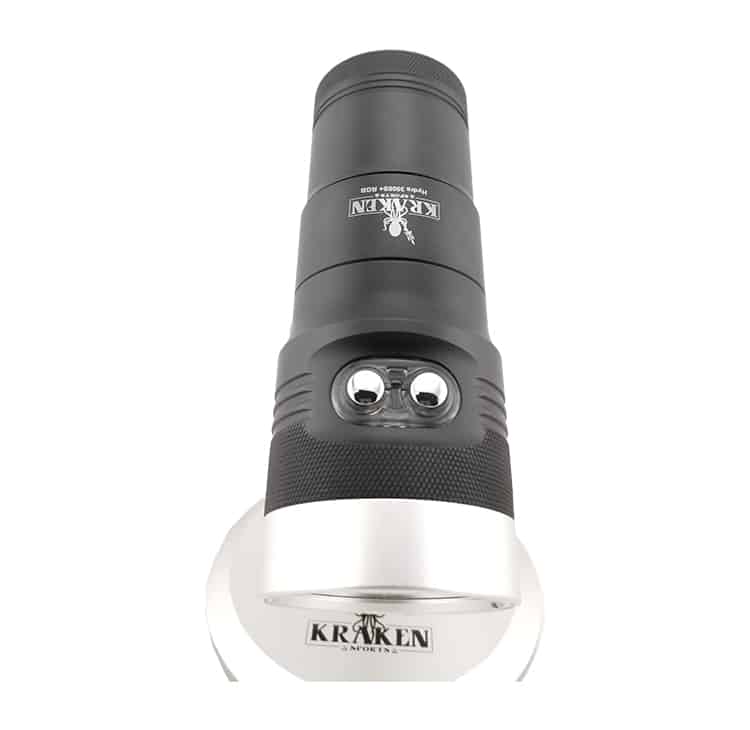 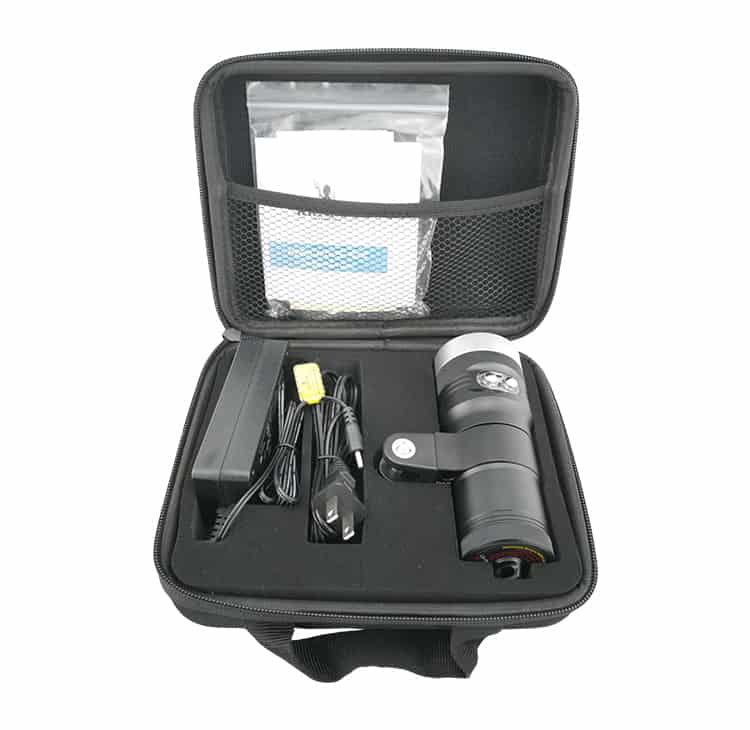 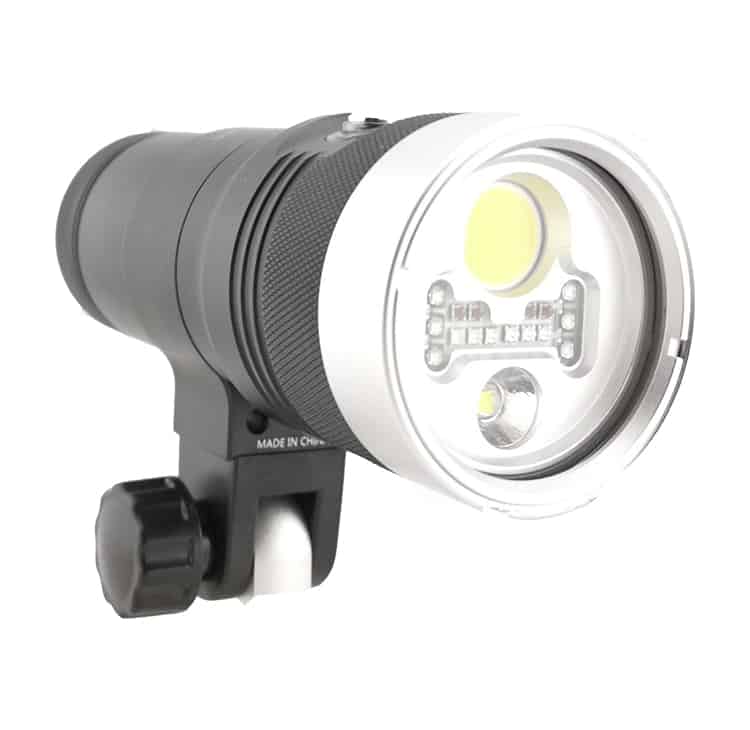 *NEW UPDATE* We’ve just turned the Hydra 3500, in to the Hydra 3500 RGB! We’ve added RGB LED’s in addition to everything else so now you have 9 different colour options for creative lighting! If you’re a macro shooter this is the light for you!

This light has flood, spot, red, and UV beams. It also is remote control ready, all you have to do is purchase the Kraken remote and you can control up to two lights without having to remove your hand from your tray!

*NEW* We’ve added our strobe\burst mode to this light. When synced to your camera via fiber optic cable this will strobe at the same time as your camera at 4500 lumens! Let’s get creative with lighting! Please note, there is still some of our older model of this light available at our dealers

We have also made the head water resistant. If you have an accident and flood the light, the head will remain OK. You’ll probably have to replace the battery but that is much less expensive than replacing the light. This gives you the benefit of being able to easily switch batteries between dives, but also not having to worry about a flood!

Check out the RGB function below.

Please see the video below for a quick unboxing, then a basic tutorial.